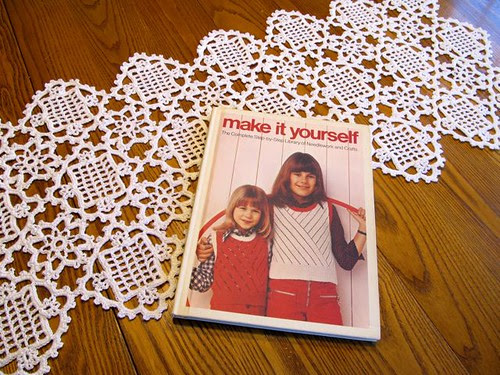 I love looking through vintage pattern books, because there's often really neat patterns that could be altered to give them a little modern update.  I did just that for my Aunt's birthday, making a table runner from a 1970's tablecloth pattern. 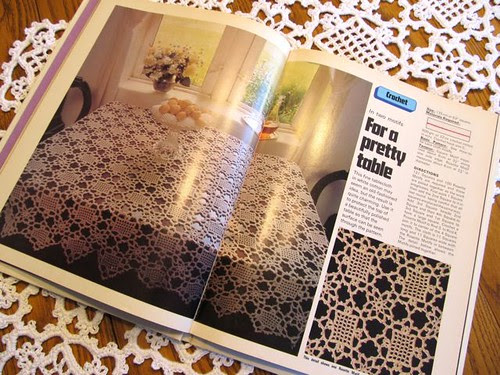 My Grandmother gave my sister and I her Make It Yourself, the Complete Step-By-Step Library of Needlework and Crafts books.  I LOVE looking through these volumes!  This particular pattern was in Volume 18. 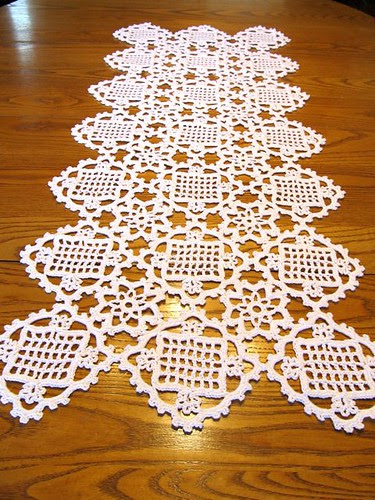 As for the crochet specifics, I used size 3 thread and a size C hook.  The squares were joined as you crocheted, and then the rosettes were crocheted into the spaces between the squares.  After the crocheting was done, I blocked it out, which really made a difference. 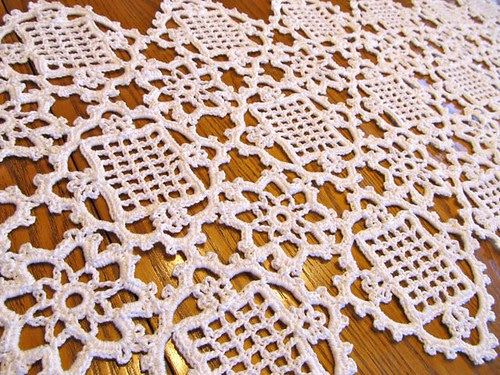 By making it seven squares by three squares I think it turned out about 35 inches long. 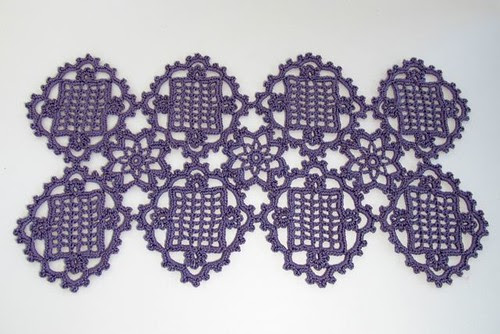 I also made my cousin a mini version in purple. 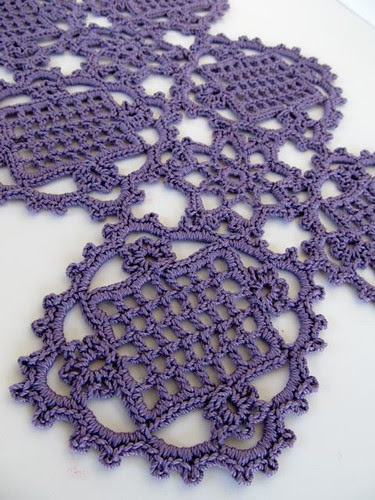 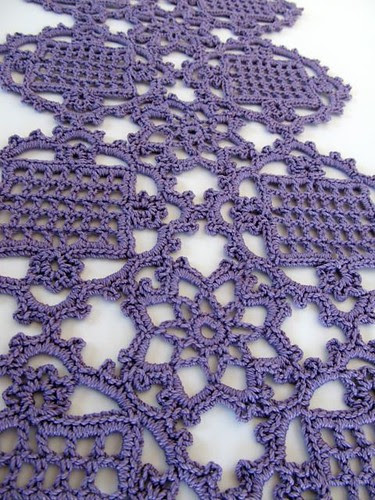 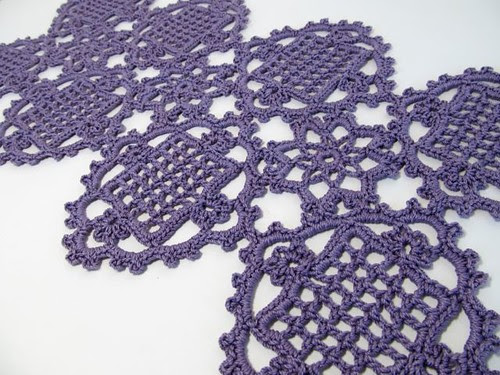 I was really pleased with how they turned out!!  And I just love having those old craft books at my disposable for ideas and inspiration!
Labels: crochet