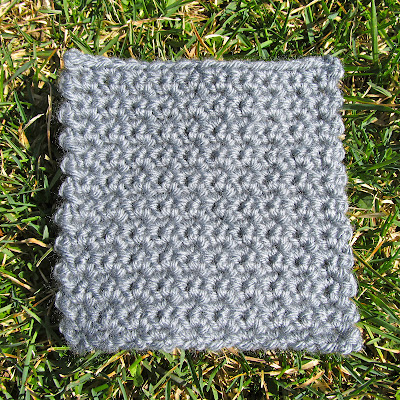 Have you ever finished a book and immediately felt compelled to tell people about it?  I recently finished the first, (I understand there are to be more), five books in the Wool series by Hugh Howey and am still reeling over how good they were!

Based on the high reviews, I bought Wool for my kindle, figuring I could afford to spend $0.99 on a whim.  It's a short post-apocolyptic story about people living underground that will leave you unable to stop reading because "I NEED to find out what's going on!" Well, the end of the story just exacerbates that need...  I immediately devoured the next four books.

I don't want to say too much about the series so as not to spoil it, but it kind of reminds me of the Hunger Games, which I liked.  Maybe I find them similar because they are both science fiction books that are easily approachable and accessible to those who don't consider themselves science fiction fans.  And in comparing them, I really think I like Wool better than the Hunger Games.  They both have interesting plots and themes, but for me it's the writing that really sets Wool above.  Hugh Howey's writing really makes you feel like you are there and experiencing the sights, sounds, and emotions with the characters.  Not to say that the Hunger Games didn't pull you into the story, but now after having read Wool, looking back at the Hunger Games it just seems a little flatter in comparison. 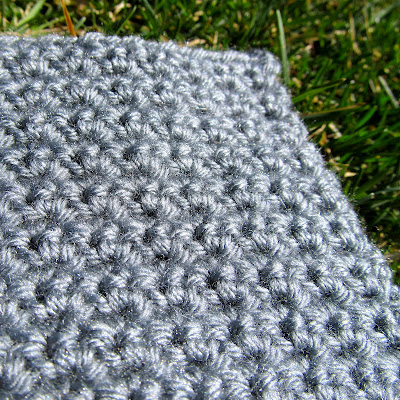 Anyways, I thought I could turn my Hugh Howey ruminations into something creative and something hopefully positive for the (I believe self-published) author by sharing the books with you by way of this scrapghan block.

I made a smaller version of the Textured Stripes Block 193 from Jan Eaton's 200 Crochet Blocks.  I wanted something that was solid and had some kind of texture to it so it could somewhat resemble steel wool.  I don't think it turned out too bad!

So if you end up giving Wool a try, just know that you are going to be buying the next four books as well!  (I've already started the first book in his Molly Fyde series and am really enjoying it!)  Is there anything you've read lately that you've felt like you had to force all of your friends and family to read?  I'd love to hear your book recommendations!