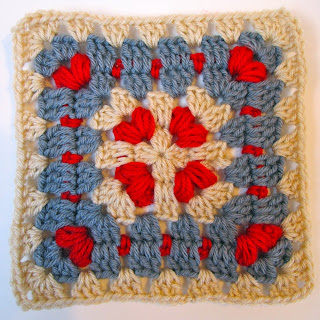 I took a tiny break from my other projects to make another block for my scrapghan.  This pattern is called "Cornered Hearts Square" by Elizabeth Ham.  If you are on Ravelry the pattern page is here, and the pattern can be found here.  The inspiration for this block with hearts came from a great little book series... 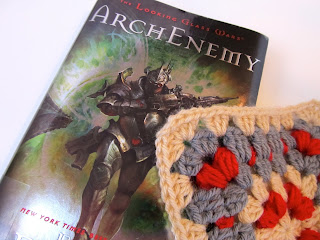 Last week I was finally able to finish up Frank Beddor's The Looking Glass Wars Trilogy. The books are a really fun take on Lewis Carroll's "Alice's Adventures in Wonderland," and even on Lewis Carroll, (Charles Dodgson) himself.  Very clever and entertaining!  Although, I am a big fan of any sort of re-imaginings of fairy tales and older stories! 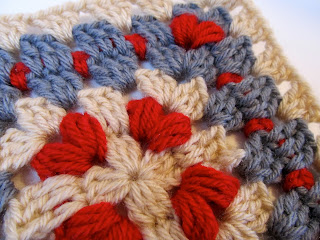 I think that obsession first started when I read The True Story of The 3 Little Pigs by Jon Scieszka when I was little.  I couldn't get over how funny it was to look at such a well known story from a different perspective.

More recently my favorite re-imaganings in books include The Big Over Easy: A Nursery Crime and The Fourth Bear: A Nursery Crime by Jasper Fforde, all the Percy Jackson books by Rick Riordan, The Emerald Burrito of Oz by John Skipp and Mark Levinthal, and the graphic novel series Fables by Bill Willingham.  (Uh oh, I think my geekery is starting to show after that last one...)  There's some great re-imaginings in movies too!  The Syfy Tin Man and Alice are great, and I'm looking forward to seeing Neverland soon!  On TV I also started watching Once Upon a Time and Grimm... not in love with them, but they are fun and I feel like I need to watch them just to support the idea of them in tv series form!  I'm such a nerd!!

What about you guys?  Fans of new takes on old classics?  Any good suggestions?
Labels: books crochet scrapghan