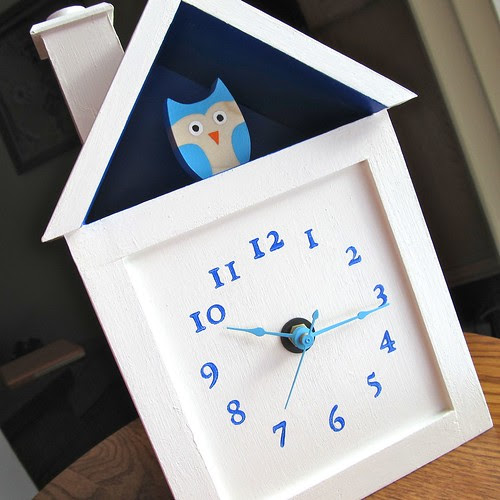 So I've had this idea to make a faux cuckoo clock for awhile, and I got my chance when I heard my friend and her boyfriend were able to get their own apartment sans roommates, which is very exciting!  And nothing says "exciting" quite like a cuckoo clock right?  Right. 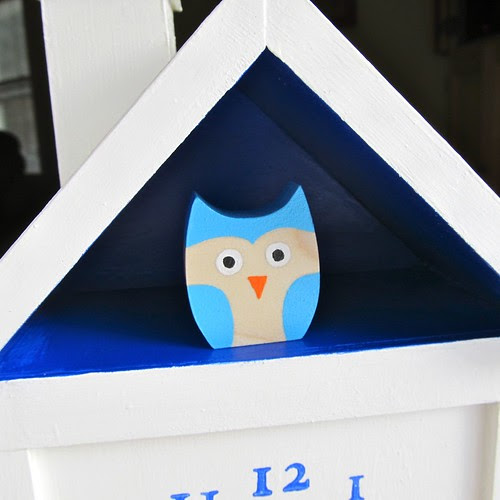 When I came to the glorious realization that I had a recipient for the sweet clock from my head, I asked my dad if he thought it was doable.  I handed him a pretty rough sketch of my idea, and his response was "let me go out to the shop and check our materials."  Before I knew it, he was back inside holding this house that was more elaborate and fancy than I had imagined.  An overhang over the front of the house and a detailed chimney?!  Ok!  I got right to priming and painting. 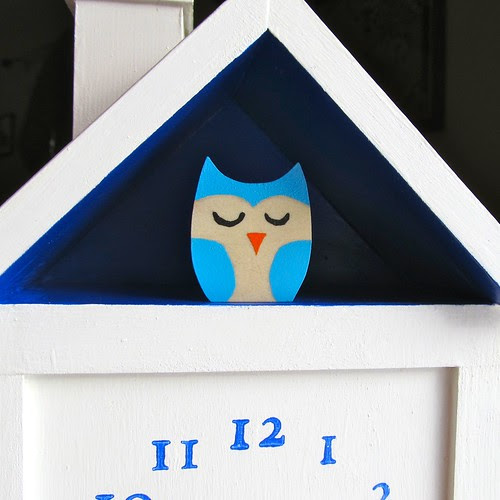 Next, the clock needed a little bird.  An owl was of course the obvious answer.  This little guy was cut from poplar, painted with acrylic paint, and sealed with artist's varnish. I painted both sides of him so he has an "am" and "pm" side.  Clever, no?  (And really, they can put whatever they want into the little shelf of the clock!) 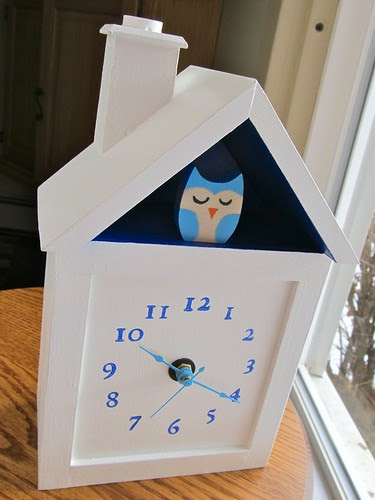 I bought the clock mechanism at the craft store (in a pack of four, so I still have a few more to play with!).  While I was stamping the letters on the clock, my sister painted the clock hands.  I think the blue hands really make it!

This clock was really a joint effort.  You know what they say, "the family that crafts together stays together!"  Overall, I love how it came out.  Maybe some of the shadows in the shelf could be eliminated by removing the overhang, or picking a different color...  So there's always room for some tweaking!
Labels: christmas woodworking