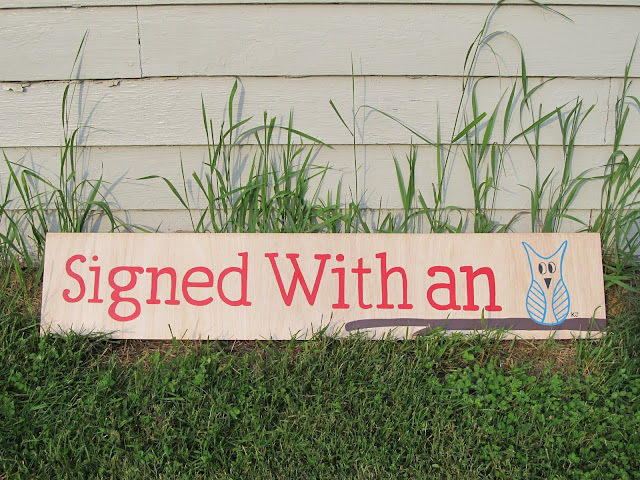 I just finished this sign to hang on my canopy for my first ever craft fair!! 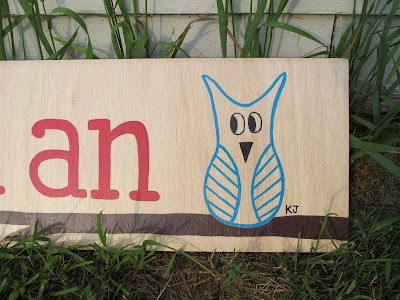 I love the font I'm using on the blog, so I sketched out the letters based on the font, and I think I got it pretty close!  Originally I was going to write out "Signed With an Owl" and paint an owl, but I started to run out of room for the word "Owl."  But, I think substituting the painted owl for the word "owl" turned out even cuter! 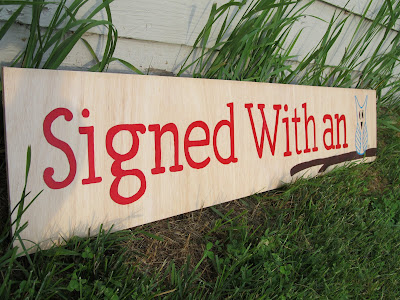 I'm starting to get pretty nervous about the craft fair which is this coming Saturday.  I won't have as much merchandise as I had originally planned when dreaming about doing the fair months and months ago... but I think my tent will at least look pretty!
Labels: craft fair