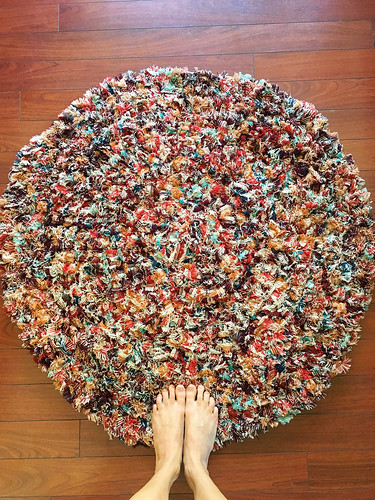 It's finished! I know I tend to take pictures of my feet, but in this case I only did to create a sense of scale. (Although I suppose that's not helpful, because for all you know I might have abnormally small or large feet... [I don't though, they are fairly average].) The rug ended up 40 inches in diameter. 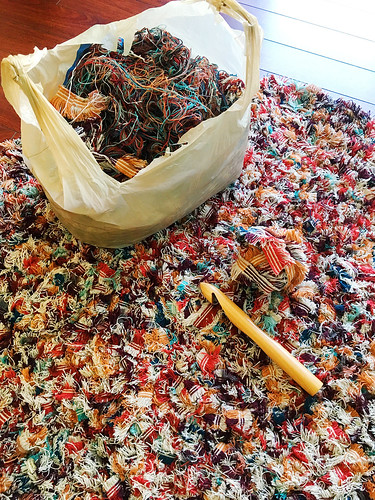 The wool trimmings I cut from the selvages filled a plastic bag, and I only had a tiny bit of the selvage leftover (you might be able to see the mini ball by the crochet hook) once I finished the last row.

For those interested in how I actually crocheted it:

It crocheted up fairly quickly even though it was a bit of a workout for the arms! It was also a lot of fun using the massive 25mm hook!

Have you made any rugs?
Labels: crochet 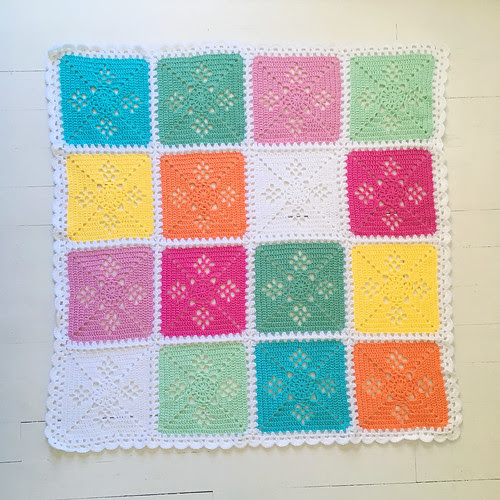