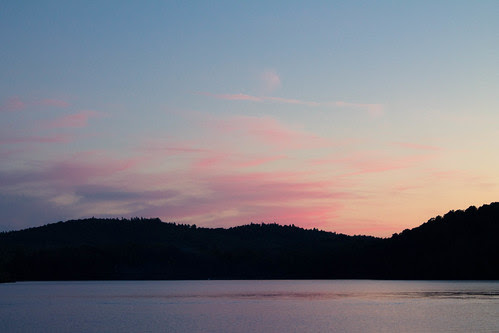 "In the end, perhaps we should simply imagine a joke; a long joke that's being continually retold in an accent too thick and too strange to ever be completely understood.  Life is that joke, my friends.  The soul is its punch line."
-Tom Robbins from Villa Incognito

The above quote doesn't necessarily go with the photo.  I couldn't think of a quote, so I thought I'd use some bibliomancy to find one.  I picked up a Tom Robbins book that I'm reading, flipped to a random page, and my thumb was on that quote.

I love reading Tom Robbins not just because of what he says, but how he says it.  I'm not really sure how to word this (irony abounds), but the words he puts down on a page not only have the ability to portray a powerful thought or idea, but they do so while dancing, joking, and generally having too good of a time.  His words also don't make me question the plausibility of a spoon, a dirty sock and a can of beans being capable of having a conversation, let alone being main characters. I'd go so far as to say that reading his books make me believe that words have magical powers.  (Actually, I could go off on a tangent here about another book I'm reading, The Four Agreements by Don Miguel Ruiz, in which the author says that, in another sense, words do have the power to cast spells on people and change lives, and hence we should always be impeccable with our word... but I won't; it is Photo-Tuesday after all!)

Are you reading anything good?
Labels: books Photo-Tuesday