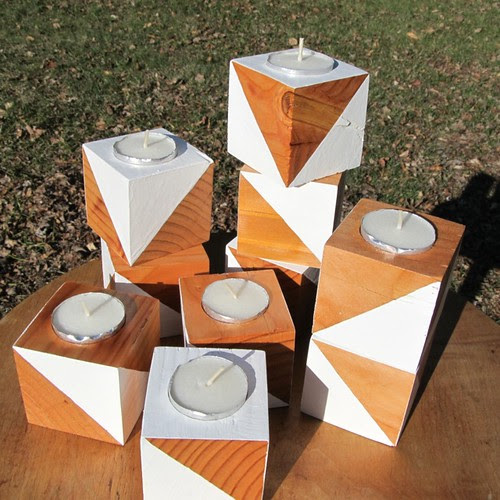 To go with our natural and geometric Thanksgiving theme, here are some candleholders I made!  I kept them simple with just white so that they can be used for Christmas as well! 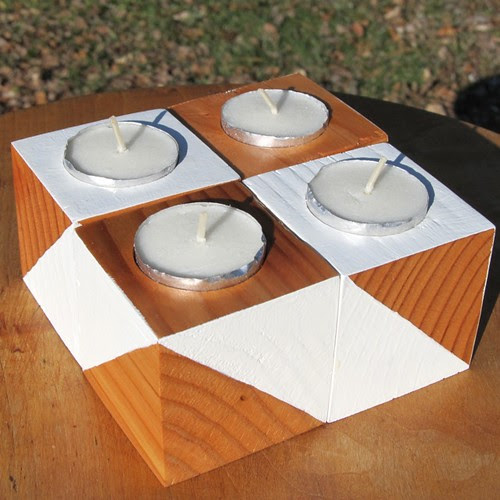 The project started with me asking my dad if he could cut up some scrap fir we had and drill 1.5 inch holes in the blocks.  Half the time I feel like he could be thinking I'm crazy, but luckily he always says "just tell me what you want!" 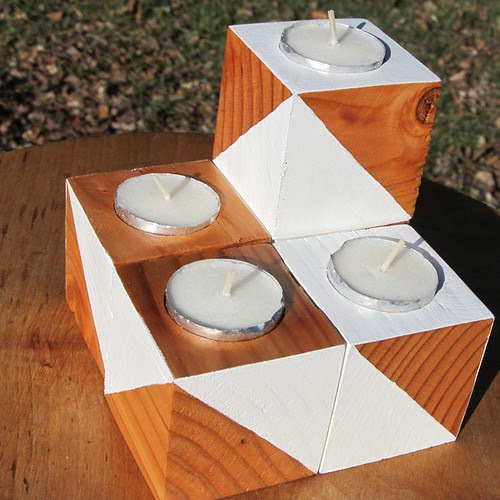 Once they were cut, I sanded them a bit on the belt sander to clean them up and to try to square some of the wonky ones. 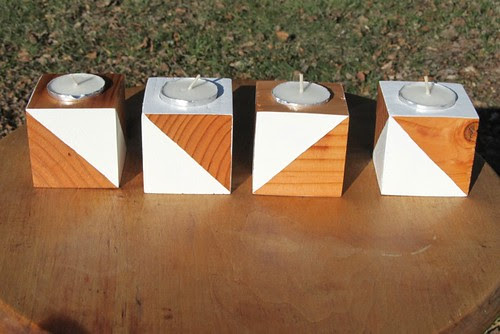 Next, I drew my diagonal lines in pencil to serve as my paint guides. Then I sealed the blocks in two coats of clear shellac (sanding between the first and second coat) to reduce the amount of paint that would get sucked right into the end grain of the wood.  Interesting fact: shellac is a resin that is secreted by the female lac bug which can be found on trees in India and Thailand.  EWWW!!!  Moving on... 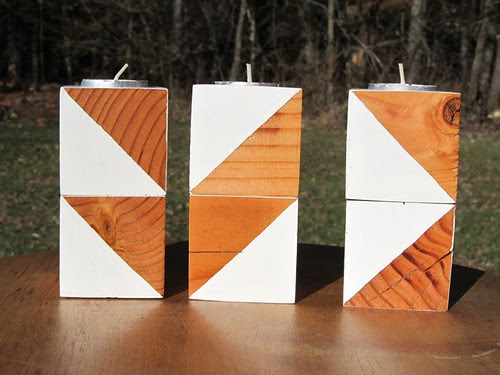 Next I painted with acrylic white paint.  It took four coats to cover the way I wanted it to.  It would have taken less if I used a white primer instead of the shellac, but I wanted to show some of the natural wood. I think it was worth it!  And lastly, to the seal and protect the acrylic paint, I brushed on two coats of artist's varnish over the entire block. 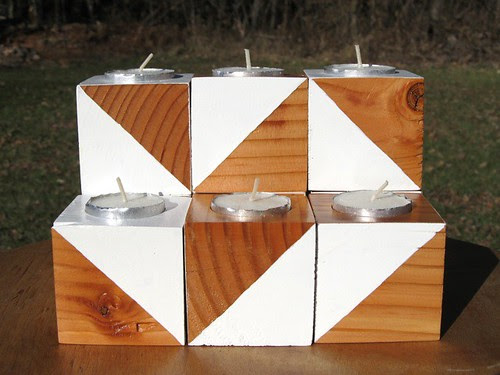 Of course, my favorite part is that they can be arranged in many ways! The bottom is painted as well, so if there is no tea light in it, it could be placed upside down, and just look like a regular block.

Thanksgiving preparations are almost done... how about you guys?
Labels: blocks Thanksgiving woodworking