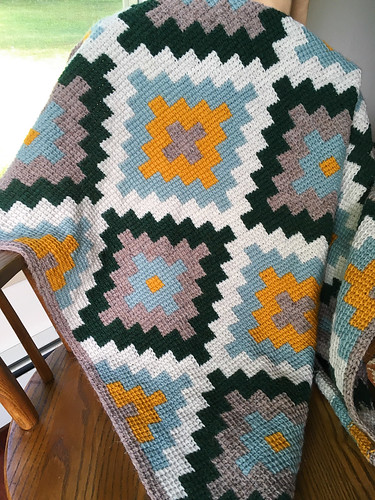 Almost a year later, it's finished! I don't know if you remember way back here when I started this tunisian crochet baby blanket, or a little more recently here when I was working on sewing in all of the ends on the back, but it has been a long journey! 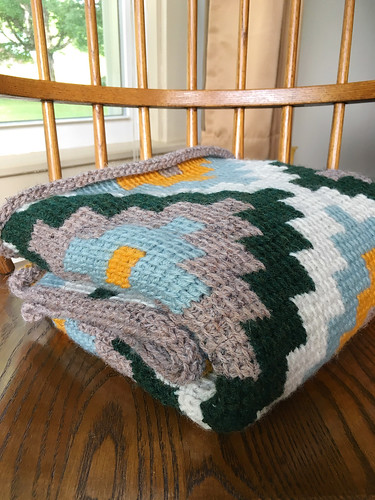 I was finished with the crocheting part in October, but there were soooo many ends to sew in on the back. It looked like a shag rug. Seriously. For awhile I was good about tackling a little bit of it at a time on a regular basis, but other projects and holidays would creep in, and the blanket would get pushed aside. I was pretty upset with myself about how long it took, but the end result seems to make it all worth it! 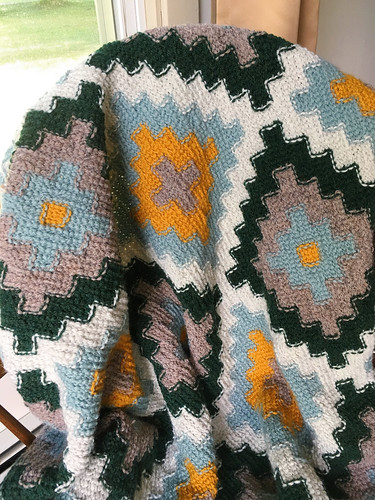 The shot above is of the back. I wanted to the back to be nice and clean, which meant lots of color changes and lots of ends. I probably could have carried some colors, but it would have meant a messy back. I really wanted to avoid having to back the blanket with fabric or any other option to hide the back. Maybe there are some tunisian tricks that I'm unaware of (this was my biggest and technically second tunisian project ever), but changing the colors so often seemed to be the only solution I was to be happy with. 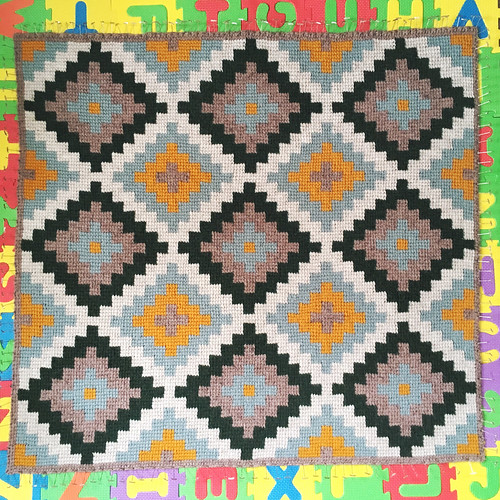 Here's a shot of it being blocked. It didn't necessarily need a lot of blocking, but I wanted to see if it would help the rolling of the top and bottom edges. The two edges still roll a bit, but it seems like that's the nature of the tunisian beast. 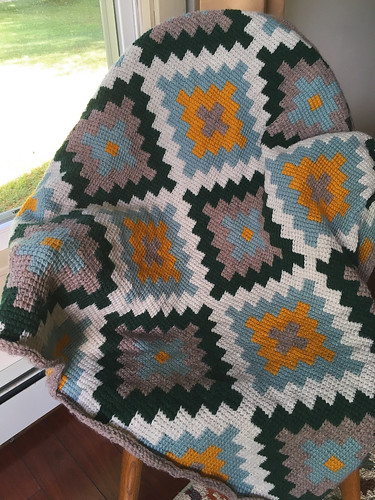 For the crochet specifics, I used part of the Geometric Indian Afghan pattern found in the book Afghans Traditional and Modern by Bonita Bray. (Ravelry pattern page here.) I used a tunisian J hook (the kind with a long tube attached, you can see it here), and Lion Brand Wool-Ease. The blanket ended up almost 40 inches square.

Overall, I love how it came out, and I learned a lot in the process. I think my next tunisian project will not have as many color changes! A whole lot less color changes!!
Labels: crochet tunisian