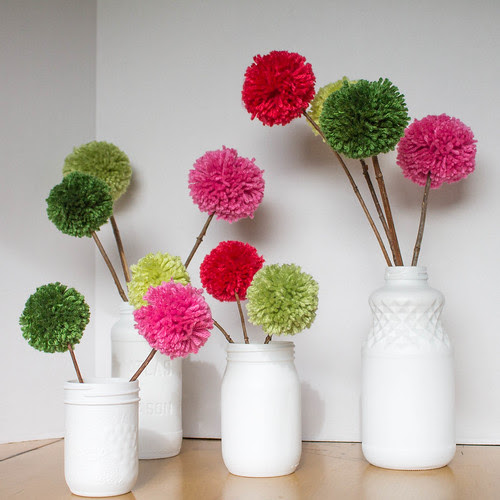 Do you ever get an idea in your head that you can't get out until you just do it?  That's what happened here.  I've wanted to paint several jars all white to use for decoration or a table scape.  I've also been trying hard not to fall victim to the pom pom trend that's been hanging around for awhile... but I just couldn't help it.  Pom poms are just so fluffy and happy! 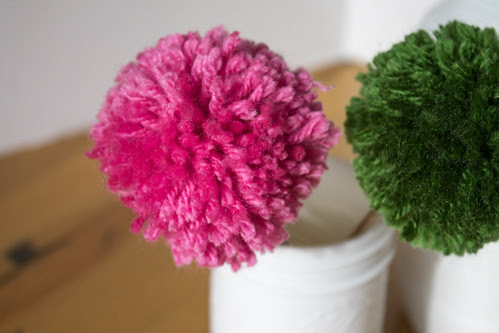 I made two different sizes of pom poms with my Clover Pom Pom Makers.  I used to make pom poms by wrapping yarn around a piece of cardboard, but there's no way I'd go back to that after playing with the pom pom makers!  What a clever little doohickey!  I'm still amazed each time I reach the last step and open the maker to reveal the pom pom.  It's like magic.

Anyways, to turn them into flowers I got some sticks from my back yard, put a dab of Aleen's tacky glue onto the end and pushed it up through the pom pom.  Easy peasy!! 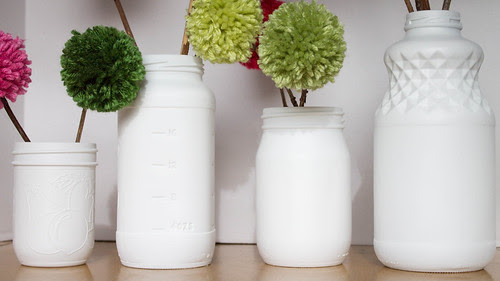 I've been saving up some regular jars from the kitchen to paint.  A fun way to recycle, no?  I sprayed the jars with a can of Krylon ColorMaster in Flat White. 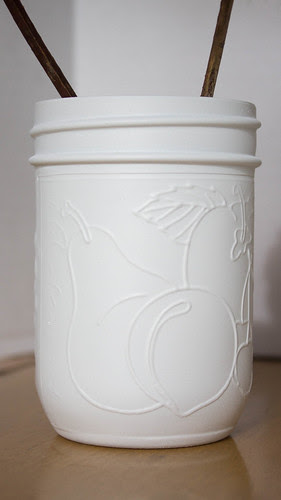 The paint dries really fast so it was easy to do several coats.  I used pretty much the whole can on them. It may not have taken as many coats if I had used a primer first because it took several coats to cover the "use by" dates that were stamped on them in black. I love the flat finish for these as opposed to a glossy finish.  It gives them a more real porcelain look! 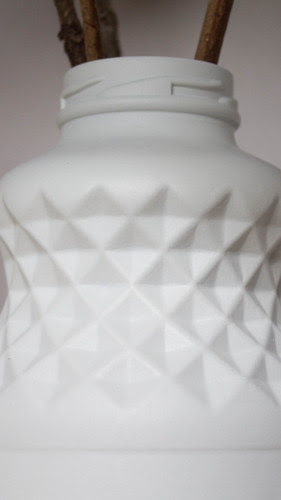 Overall, a pretty quick and inexpensive project!!  Maybe you have some nice glass jars in your recycling bin that would like a little spray paint makeover!  And how can some pom pom flowers in your life not make you just a little bit happier?!
Labels: pom poms spray paint