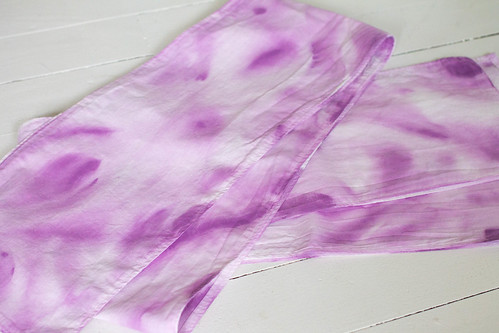 Happy Saturday!  I thought today would be a good day for another "Crafting Yourself" post, (the posts that attempt to go a little deeper than the physical making of things, to how the making of things can in fact make you!)  Is there something that you've been wanting to make or try but haven't because something is stopping you?  Maybe you think you aren't skilled enough or maybe you're afraid to mess up?  Well, this is what I'd like to talk about today and I want to show you how you can tackle whatever that project is.  I'll also be sharing how, with my Easter preparations, I conquered two fears (baking and sewing with a sewing machine), and tried something new.  Sound good?  Well, grab a cup of tea, or your beverage of choice, and let's dive in! 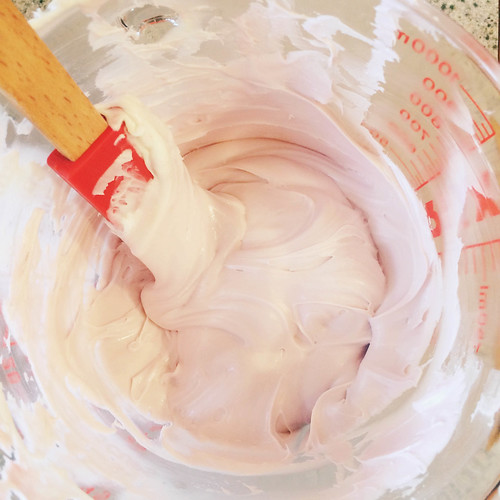 For example, I'm known amongst my family and friends to be pretty incompetent in the kitchen.  Why?  Let's just say one doesn't really bounce back from messing up a jello recipe many years ago.  Add a few more kitchen mishaps to what my friends and family say about my cooking and baking skills, and I've got a definition of myself that says "Kate: one who is not to be allowed in a kitchen.  Disaster will follow." Because of this definition I've imposed on myself, I avoid the kitchen, or when I am in the kitchen I set myself up for disaster because my ego doesn't want to believe anything that would threaten what it feels to be special about me (that special fact that I'm a hot mess in the kitchen). 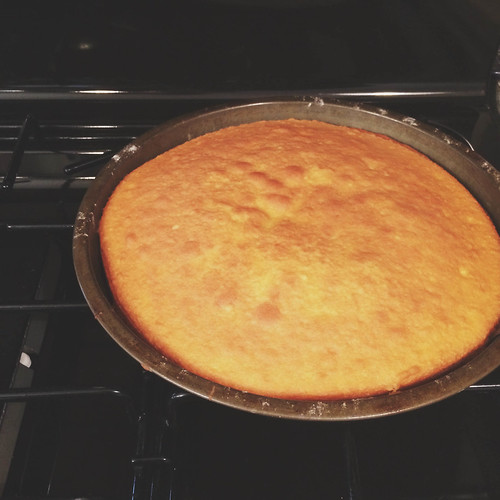 So what do I do if I want to successfully bake something?  I have to change my definition of myself.  I don't have to be the person I was before.  That person who was terrible in the kitchen was in the past, and the past doesn't exist now.  I'm always learning, and I am capable of change, and the first step is in changing my thoughts.

Nevill Goddard said "whatever the mind of man can conceive and feel as true, the subconscious can and must objectify.  Your feelings create the pattern from which your world is fashioned, and a change of feeling is a change of pattern." 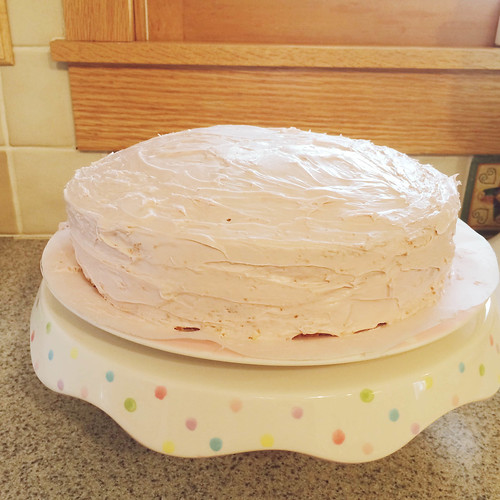 Can you see how if I believe that I'm going to be a catastrophe in the kitchen, my thoughts are going to create a situation where it's going to manifest?  I'll probably have trouble finding things I need, I will most likely give up sooner, I'll be dropping things...  I'll have created a self-fulfilling prophecy.  Instead, for Easter I set those past feelings and the outdated definition of myself aside, and I baked a cake!  Successfully! (Yes, it was just from a box, but I have to start somewhere!) 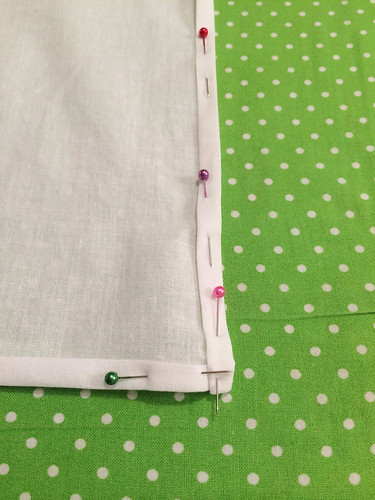 The same is true for my beliefs about a sewing machine.  If I sat down at the sewing machine already thinking that the sewing machine and I were going to have an all out battle, chances are the sewing machine would have kicked my ass.  I'm reminded of a little anecdote in the documentary about Carl Jung, Matter of Heart.  Carl Jung had returned to his retreat house after several years, and was having an awful time working in his kitchen.  The cupboard doors, pots and pans were banging around and misbehaving.  He stopped, addressed his kitchen utensils, apologizing for neglecting them for so long, and asked them to please cooperate.  Whether or not Carl Jung believed in inanimate objects having a soul or not (I don't think we need to get into a quantum mechanics discussion today), it is evident that he believed the unconscious mind interacted with the material world.  Talking to the pots and pans was like talking to his psyche, and once his psychic energy changed, his interaction with his kitchen went smoothly.  With that in mind, when I sat down to sew those table runners for Easter, let's just say I had a little chat with the sewing machine.  And it graciously obliged. 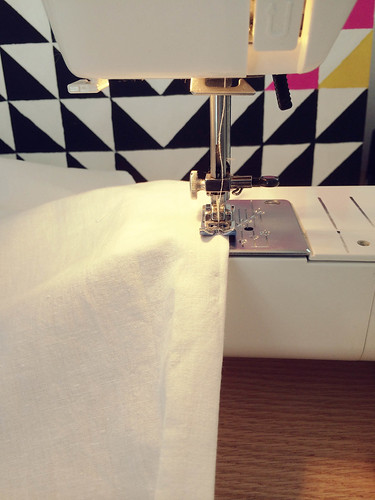 So we've talked about changing our minds concerning what we previously thought we couldn't do, but what about trying things we've never tried before?  We hesitate because we are afraid we will fail, think that it will be embarrassing, or we believe we just lack the skills.  Again it's our (psychological) ego that is stopping us from trying.  The ego doesn't want to fail or look bad because it has worked hard to create and protect its image!

I wanted my table runners to look like they were painted with watercolor, but I had never done anything like that and "what if I mess up?"  (I had success with the sewing machine, but did I really want to test fate by making them all over again? Haha!)  The solution?  Again, it's all about changing thought patterns. 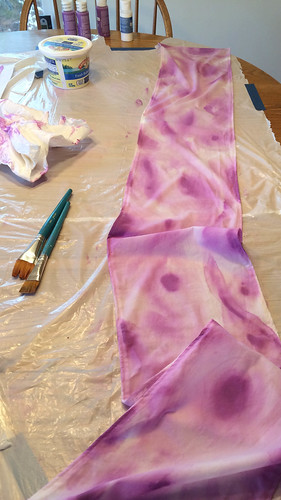 I have a vivid memory of being in a basketball game, probably in eighth grade.  I had just missed a shot, most likely after having missed several before, and one of my teammates said something to me so profound that it stuck with me ever since.  She said "you just have to get cocky!" I thought "alright, I'll give it a try," and you know what?  Pretending I was "cocky" made me drain the next shot.  All it took was pretending to have the knowledge that I was going to make the shot.  Such is the power of belief! 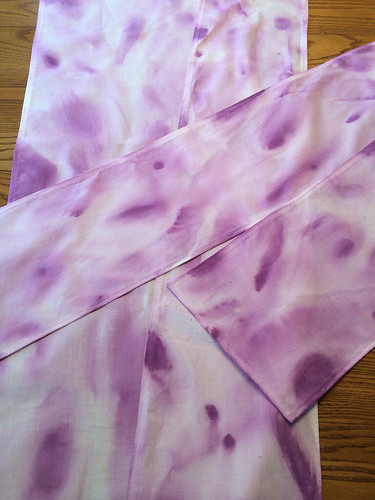 And that's my secret for several things!  I just pretend like I know what the heck I'm doing!  (I even pretend I'm a blogger, shhh!!)  When it came to turning on the lathe, I had no idea what I was doing...  My dad knew a little bit, enough to get me started, but what kept me going was a desire great enough that allowed me to picture myself doing it well.  Don't get me wrong, I didn't start out perfectly, and I'm still improving (and pretending!), but that positive mindset had to be there for me to dig right in, and then I could learn from my mistakes.  As U.S. Andersen said, "skills are developed by faith that one possesses the skill already." 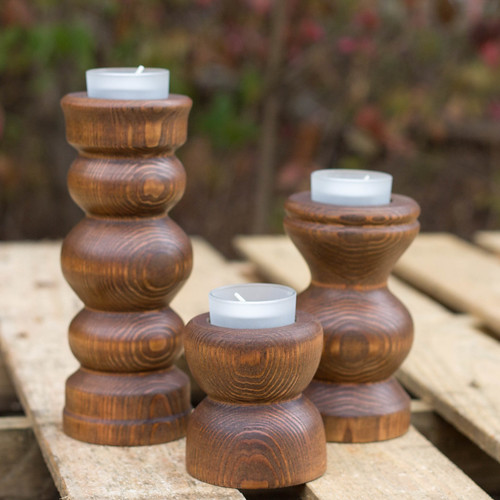 Let's go back to Neville Goddard.  He talks about "assuming the feeling of the wish fulfilled."  I really wanted to work with a lathe, so I jumped in thinking that I could.  He said "the creative process is first imagining and then believing the state imagined.  Always imagine and expect the best."  Wayne Dyer too says to "think from the end."  I do this often. When I come up with an idea of something I want to make, and haven't made anything like it before, I picture the finished thing in my mind and know that I will get it done somehow.

An example of that is this travel chess set I made.  I so badly wanted to make my own version of travel chess, that nothing was going to stop me, not even the fact that I had no idea how I was going to make the board when I started.  I just knew I would come up with something eventually.  And of course I did.  There was no other option!  (I was assuming the feeling of the wish fulfilled!) After finishing all of the little wooden pieces, I remembered I had a set of placemats (that conveniently roll up nicely for travel) that I had bought several years before for another project.  I then figured out a way to make my own square stamp from craft foam and a block, and my traveling chess set was complete.  Just like I knew it had to be. 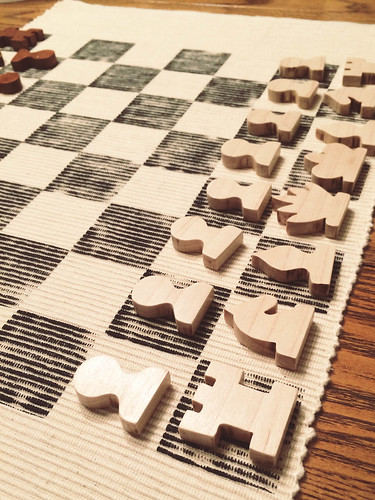 That's the trick; just pretend!  Pretend you know what you're doing. Kurt Vonnegut also knew the power of pretending: "Be careful what you pretend to be because you are what you pretend to be."  If we change our thoughts, we can change ourselves.  Act and feel as if you've already achieved what you desire.  You have the potential for whatever skill it is you want to possess, and you can't let anyone, or yourself, tell you otherwise!

"Each of us is accorded a unique individuality.  As long as that individuality is unhampered by inhibition and fear, it is capable of expressing something different and vital, but when it is restricted and limited by apprehension, it cannot express itself at all." -U.S. Andersen

So get out there and get creating my friends!!