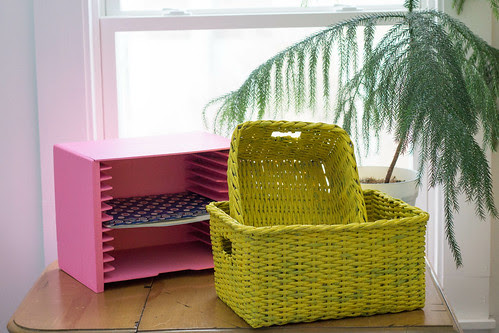 I had a pretty awful weekend, and I'm not saying that to fish for sympathy, and I'm not going to talk about what happened.  But I will share with you what I found to be a little therapeutic, in the chance that if any of you ever find your world turned upside down, you might be able to try a similar project to help distract yourself and even to help you look at things in a new light. 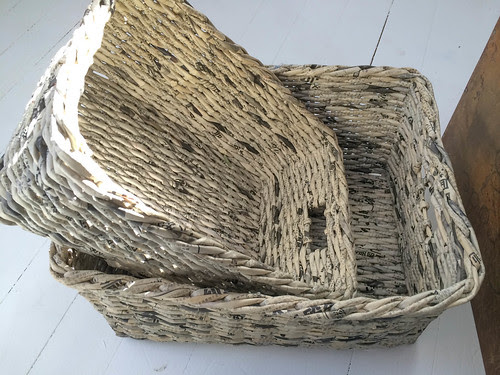 If this project were in some self-help book on dealing with difficult change, it may be called "New Paint."  At least that's what I'm going to call it.  I took a few things I had, some newspaper baskets I got several years ago at the Container Store that had yellowed over time, and a vintage paper or file folder holder (at least that's what I think it is! [and try to say "file folder holder" five times fast!]), and decided to give them a makeover.  A makeover with new paint! 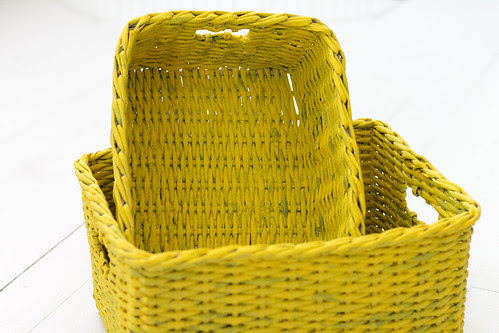 I think painting in itself is a very relaxing activity because of the repetitive movements.  And since I was covering the entire piece in one color, it's not like it was a difficult project that demanded a lot of thinking.  It was easy to get lost in the project while focusing on covering up the entire surface. 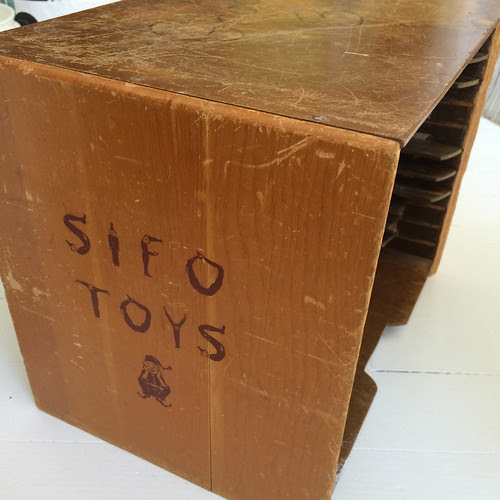 Colors can also be therapeutic, so I chose ones that I find to be bright and happy.  I also wanted something a little different, so I went with pink, which is very different for me!  While painting with the cheery colors it wasn't too difficult to have a little change in attitude leaning towards the positive.  I could see how a beat up and even broken piece (a couple of the slats on the right side are broken) can be completely transformed for the better, even if it takes several coats of paint to get there! 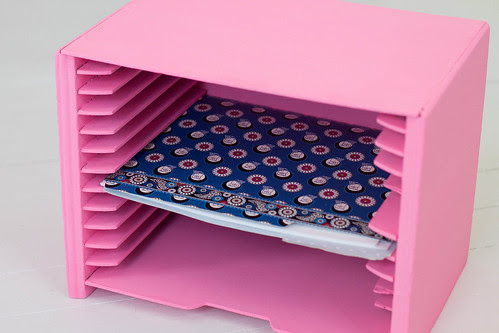 It was therapeutic to reflect upon the changes these pieces were going through while painting each successive coat.  They had the potential for improvement, and the change was good and positive.

Even if things don't work out the way I'd like them to, it'd be hard to say that there wasn't something transformative in the process that could have been for the better...  At least that's how I have to look at it in order not to lose faith in my belief that everything happens for a reason, whether it's to go back and fix something, or to move forward with new insight.  New paint!
Labels: before and after Crafting Yourself vintage